NaBloPoMo: Tell us five interesting things about yourself.

I'm incredibly transparent, so there's not really anything about me that somebody doesn't already know. I think I've told all of my stories. Somehow, though, I feel very uninteresting and don't know why I blather. 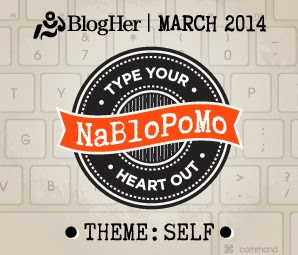 Email ThisBlogThis!Share to TwitterShare to FacebookShare to Pinterest
Tags: NaBloPoMo, Prompted Writing, This is me