The Thoughtlessness Of Overthinking: New Study Reveals The Disadvantages Of Extreme Rumination

I recently received this article about ruminators and found that I recognized myself in the information. Ruminating goes hand-in-hand with my life as a person that lives with OCD that presents most frequently with intrusive thought.

Are you a ruminator? Do you find the statistics coincide with your experience as a ruminator or non-ruminator? Let me know what you think in the comments.

A new study by PsychTests.com indicates that ruminators are not only less happy, they are also less resilient and have very poor self-esteem.

Montreal, Canada - September 25, 2018 – We have turned #FAIL into fun. We glorify the folly of amateur stuntmen who ride their bicycles off roofs, intentionally electrocute themselves, and who walk (or rather stumble) along the fine line between bravery and absurdity. Thoughtlessness, it seems, is entertaining. The other end of the spectrum, however, is far more somber. Research from PsychTests reveals that people who think too much live a life of constant fear and stress, worrying about a seemingly endless array of what-ifs.

PsychTests divided a sample of 2,608 people who took the Emotional Intelligence Test into 1,319 ruminators and 1,289 non-ruminators. Ruminators are people who tend to over-think and over-analyze a distressful issue to the point where it completely occupies their thoughts. Researchers found significant and alarming differences on a number of factors. (Note: scores below range on a scale from 0 to 100).


Perhaps not surprisingly, ruminators are much less content with their life. They are often so focused on everything that could possibly go wrong they have no time to pay attention to what’s going right.


Ruminators have a lot of difficulty managing their emotions. The endless rampage of negative thoughts creates an upsurge of stress-related emotions, and scattered, wild thinking leads to scattered, wild emotions. When a person doesn’t make it a point to consciously choose his or her thoughts, it causes a chain reaction where emotions become difficult to control.

The basis of rumination for many people is the belief they don’t have what it takes to deal with an issue. Similarly, the basis of poor self-esteem is an inability to recognize one’s value and power. If a person has low self-esteem, there’s a good chance he or she is also going to be a ruminator.

Ruminators tend to have a lot of difficulty motivating themselves to take action, often because they are simply unsure what is the right thing to do. They may jump from one concern to another, one possible solution to another, poking holes in everything until they sink in their worries. It’s really difficult to take action when a person endlessly analyzes its viability, leading to indecisiveness.

When ruminators spend more time imagining worst-case scenarios or focusing on the bad side of a situation, it becomes extremely challenging to visualize or anticipate a positive outcome. With constant worries, fears, and self-deprecation taking over their thoughts, ruminators are more likely to become pessimists.

Ruminators tend to hold a lot back. There are likely a lot of things they wish they could say but don’t, for fear of rocking the boat or of causing irreparable damage to a relationship. Some may re-create an argument in their heads, playing it over and over, saying all they wanted to say but never quite achieving that elusive feeling of catharsis or closure.

In spite of the fact that they think about their problems a great deal, ruminators are not really facing their problems head-on or handling them in a manner conducive to resolution. Moreover, when something is bothering them or stressing them out, it’s all they think about. Unfortunately, resilience can only be developed by overcoming hardship and learning from it, which cannot happen when they keep running around in a vicious circle.

While ruminators may dislike a person for saying something hurtful (and will obsess over it for quite some time), deep down they still desire approval. Like most people, ruminators want to be liked. This is often why even lighthearted barbs tend to cut them deep.

“Ruminators have an obsessive mind,” explains Dr. Jerabek, president of PsychTests. “They can think about a problem for hours and still feel like the issue is not resolved, or over-analyze situations, finding problems that don’t really exist. This often leads to sleepless nights spent thinking incessantly about anything and everything. As you can imagine, this takes a significant toll on a person’s peace of mind and mental health, leading to issues like anxiety, depression, and insomnia. Ruminators analyze situations so pedantically they make them a lot worse in their minds than they are in reality.”

“Going through life without thinking things through is rather foolish and potentially dangerous, but over-thinking can actually be just as detrimental. At most, it offers a false sense of control, because while looking at a problem from different angles may yield a good solution, ruminators try to account for every worst-case scenario possible - often elaborate ones that are unlikely to happen. This only leads to more worries, and decisions made out of fear unlikely to work out well.”

Want to assess your EQ? Check out https://testyourself.psychtests.com/testid/3979

I received this information recently and I found it fascinating. What kind of parenting style were you raised with? Do you use the same parenting style? What style do you use if you don't? Let us know in the comments!


A study by PsychTests.com indicates that children who are punished when they fail may develop a fear of failure and challenge.

Montreal, Canada – June 12, 2018 – Helicopter or Free Range? Authoritarian or Authoritative? Whatever child-rearing style a parent adopts will have an undeniable impact on a child’s development, from social skills to self-esteem to how they cope with failure. In fact, recent research from PsychTests reveals that parents who take a supportive or proactive approach when their child fails – encouraging them, tutoring them, helping them study – are more likely to raise children who are ambitious, confident, and self-motivated. Children whose parents punish failure, however, may grow to fear it.

Collecting data from 1,304 people who took their Ambition Test, researchers at PsychTests divided the sample into four groups:

1.     The Punishment Group: Comprised of people (of all ages) whose parents used punishment when they failed as children or teens (e.g. grounding them, taking away privileges, chastising them, etc.).

2.     The Dismissive Group: Comprised of people whose parents didn’t care or didn’t make a big deal of failure.

3.     The Hands-on Group: Comprised of people whose parents took a direct and participative approach to failure (e.g. working side-by-side with the child to help them learn material, offering study tips, tutoring them or finding a tutor, etc.).

4.     The Supportive Group: Comprised of people whose parents did not get angry when they failed, but who also did not let them off easy. Parents in this group were firm yet encouraging (e.g. “Try harder, study more, practice more,” etc.).

According to PsychTests study, each group’s approach to goals, challenges, obstacles, success, and failure noticeably differed:

Satisfied with their job

Motivated to improve themselves

Have goals in mind that they would like to achieve

Believe that they can achieve whatever they set their mind to

Shy away from challenges

“We’ve known for decades that parenting style has a significant impact on a child’s development, but the debate between offering tough love vs. loving support still lingers,” explains Dr. Jerabek, president of PsychTests. “Some parents are afraid that if they’re too lenient, their children will become wayward and difficult to control. Others worry that if they’re too tough, their child will grow to resent them, or rebel. In an age of ‘helicopter parenting’ and in light of backlashes against purportedly ‘self-entitled’ Millennials, new parents are likely to be confused about the best way to raise their children. However, research on parenting style, including ours, points to the same, enduring trend: Hands-on and supportive parenting tends to yield more benefits. This translates into an authoritative parenting style - being firm and setting boundaries, but also being supportive and offering encouragement. These parenting styles are generally on par, but as our study reveals, a supportive style is ideal in some situations, while a more hands-on style is necessary in others. Overall, however, children reared with an authoritative parenting approach tend to be happier, more confident, ambitious, and perseverant. Tough love may work under certain extreme circumstances, but it shouldn’t be a parent’s sole approach.”

Want to assess your level of ambition? Check out https://testyourself.psychtests.com/testid/3294

Email ThisBlogThis!Share to TwitterShare to FacebookShare to Pinterest
0 comments

I recently participated in a swap on Swap-bot to decorate my partners' profiles with pictures of the covers of some of my favorite books. These are scans of my personal books. They are my three most beloved books. 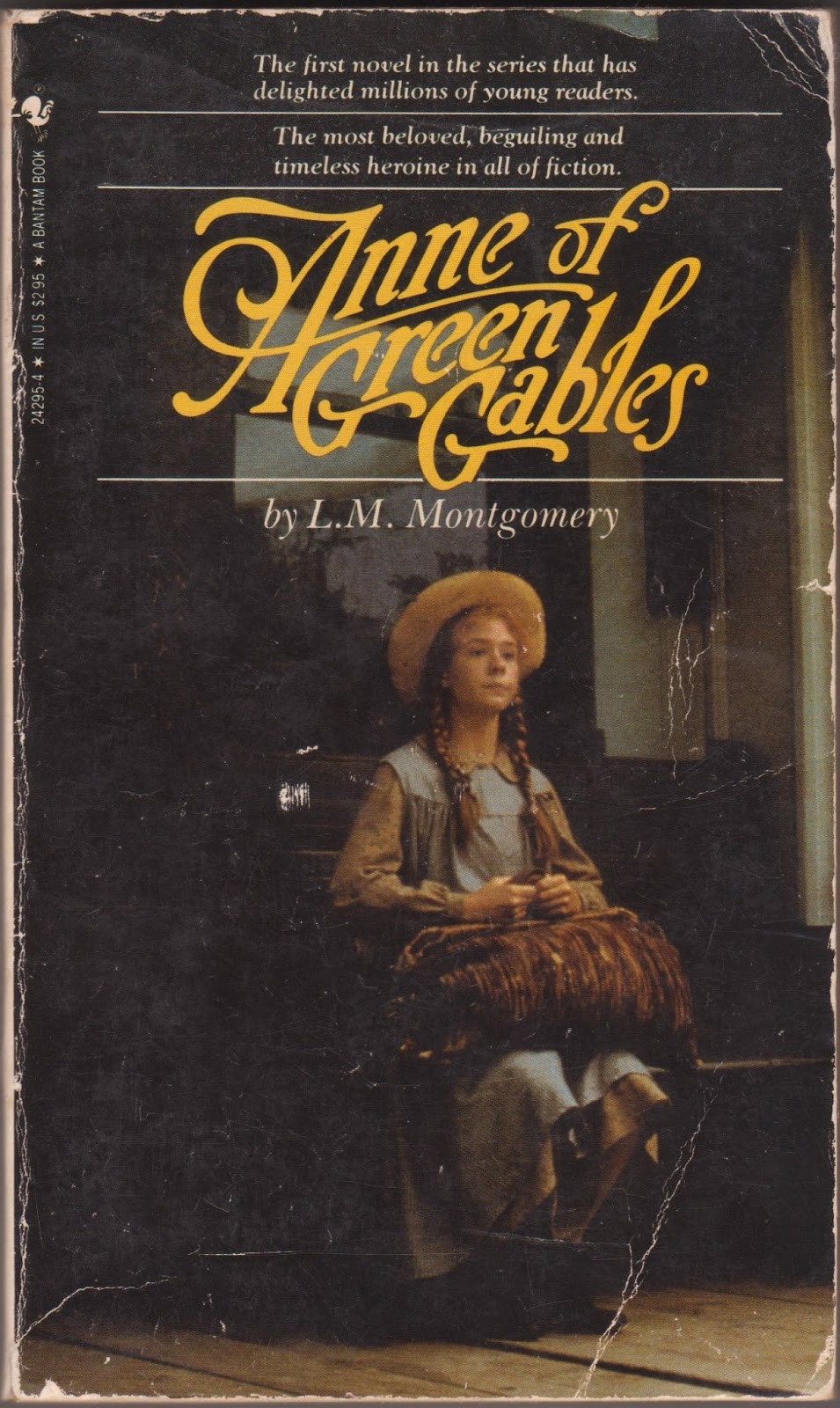 This was a gift around 1986. I fell in love with it - and Anne - in the first reading. My younger daughter's middle name is Anne, after Anne Shirley. 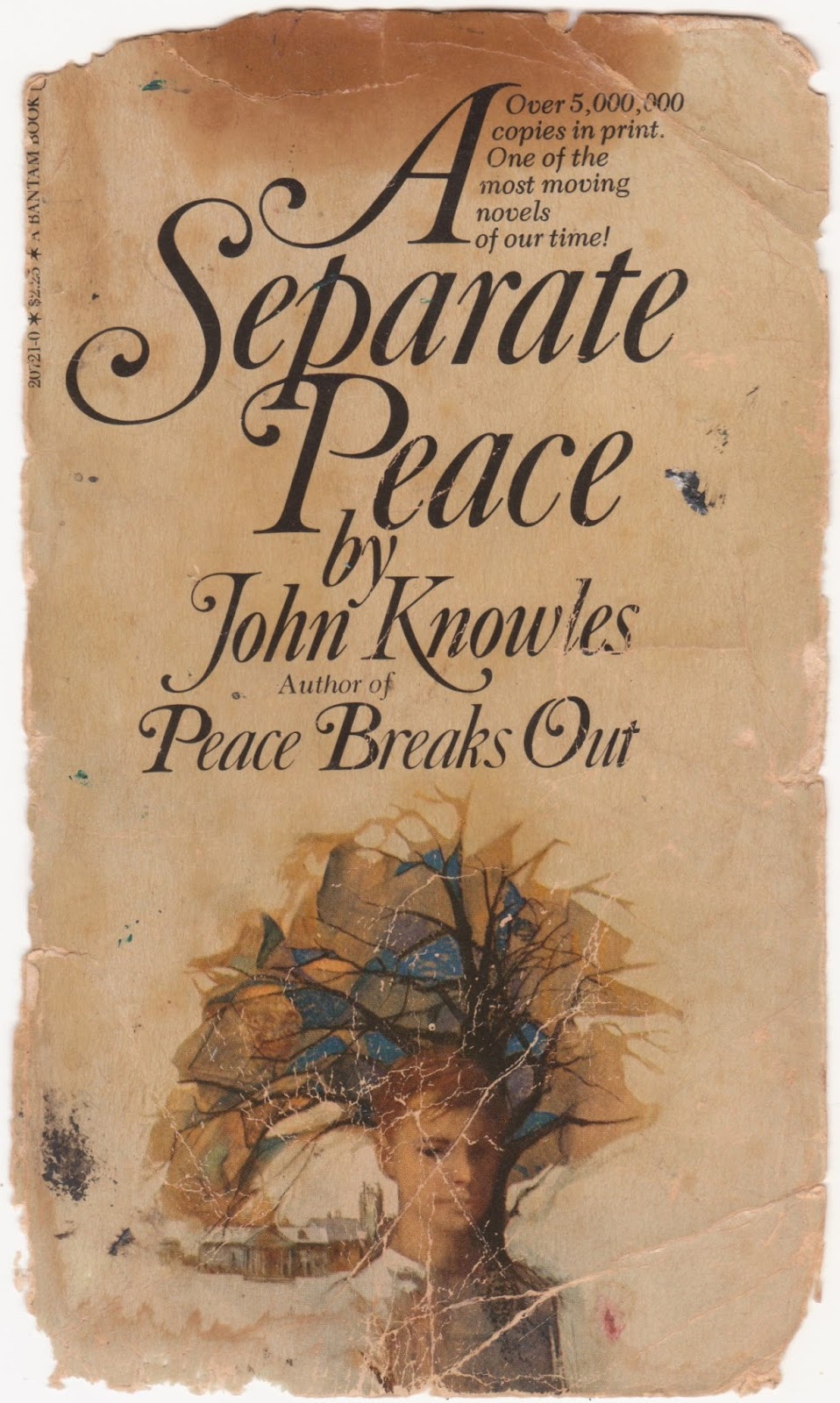 A Separate Peace, by John Knowles*

This was required reading in high school in the early 1990s. The book was used when I acquired it, and the cover is no longer attached to the book. I really related to the main character and enjoyed the book. Our teacher told us to reread it when we turned 30, so I wrote a note to myself inside the cover. I reread it at 31 and found that I related to it on a whole different level and still thoroughly enjoyed it. I plan on rereading it at 40 and every subsequent 10 years. 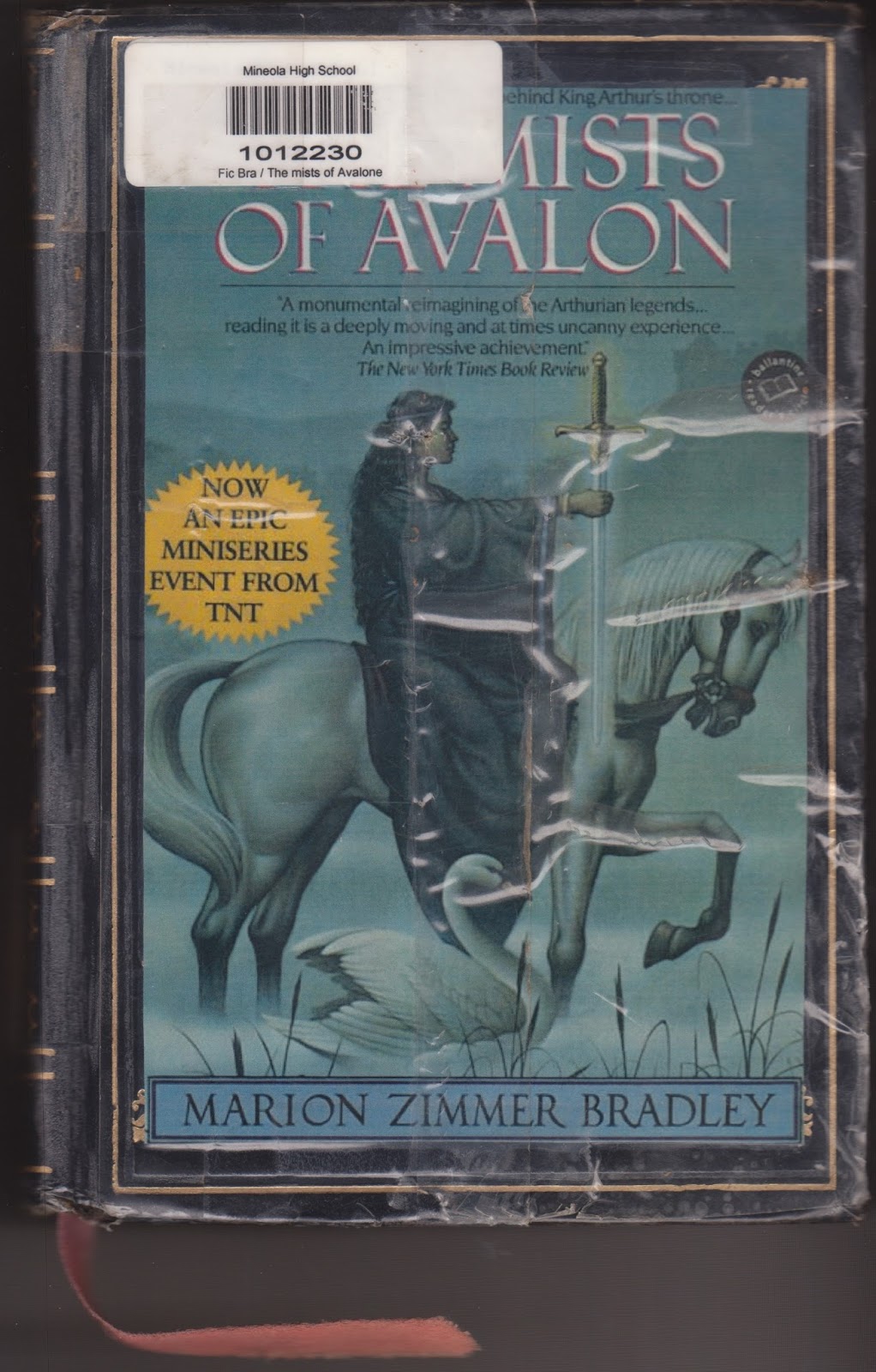 I discovered this book in high school while working in the school library in the early 1990s. I spent a weekend engrossed in the world and stories in its 876 pages. A few years ago, I learned that the very book I read twice and loved was still in my old high school library and the librarian (the same one I worked for as a student) very graciously sold the book to me. Sadly, a paperback cover has been copiously taped to the front and back of the beautiful hardcover, presumably after it sustained damage. I haven't been brave enough to try to remove it for fear of further damaging the book.

Email ThisBlogThis!Share to TwitterShare to FacebookShare to Pinterest
Tags: This is me
2 comments
Older Posts Home
Subscribe to: Posts (Atom)