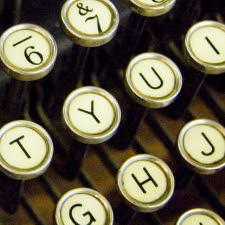 I've been too exhausted to post, so I'm going back and writing a post for each day. They'll be choppy and listish (it's a very technical term, patent-pending). Here's Monday's mayhem

Michael's bgl was between 388 and 402 before meals. At breakfast and lunch they gave him 4 and 5 units on insulin, respectively. At dinner they gave him 16 units. A nurse from the Wound Care unit came and attached the Vacuum-Assisted Closure system. Basically, they put a sponge in the wound and a vacuum sucks out all the "ick" (another technical term) to help the wound heal from the inside out. Michael sent me a picture of the wound before they began and another after they attached the VAC. I then freaked out for a good ten minutes wondering how on earth I was going to care for him and keep the wound even remotely sterile.

Michael had three visitors, which really lifted his spirits.

I got this month's Out of the Box Sampler, and even let the kids "help" with the vlog. That was a Major Fail. They were rude and obnoxious, shoving things in front of the camera, jumping up and down saying, "This one next!" or making smart-mouthed remarks. Needless to say, I decided I'd need to reshoot it, but I've been too exhausted to do so. Which sucks, because that means I can't raid the chocolate in it yet...

Brandon's school is having a "Camp Write-Along" this week, where they write from a prompt each day to  practice for the writing TAKS test. He refused to write during class, so the teacher sent the booklet home, where he also refused to write. The question was too open-ended and he couldn't make a decision. After several hours of suggestions and crying, I finally called Michael in desperation, which made me cry even more as I griped at Brandon that I shouldn't have to call his father in the hospital to ask him to talk to Brandon about doing his homework. We decided to let him suffer the consequences - he has to learn that he needs to write from the prompt, even if it is "non-fiction and boring."

Michael was moved to a private room that night.

Toni called to check on me and threatened to call the MOPS co-coordinator that offered help behind my back if I didn't accept her offer. I e-mailed her and told her it'd be wonderful to get to go see Michael on Wednesday.

Bethy wouldn't sleep until I finally gave up and shut everything down at midnight and went to bed with her.

Boots woke me up at 3:45 wanting to go out. I went back to bed, but tossed and turned because my shoulder hurt. At 4:30 I gave up and went to take a shower, then sat in Grandpa's chair with a heating pad on my shoulder working on Jackson's blanket. At 5:30 I went and got the alarm clock and reset it, then slept in the chair until 6:30 when I got up and got the kids ready for school, which began Tuesday's Trek.