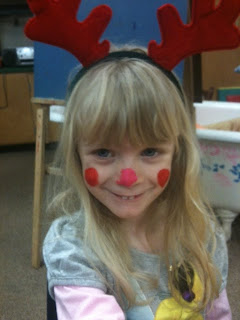 I wanted to test this whole post-by-email thing some more so I thought I'd lie here in bed while Sam (who is supposed to be nursing and going to sleep) works on his reach/grab/squeal skills. Yep, four months old and already asserting himself. He's fascinated by this little light box. It doesn't matter what we're doing, as long as he gets to watch.

I went to my first Boy Scouts Court of Honor tonight. It was fun to see the boys of the troop interacting and I liked seeing the older ones encouraging the younger ones to reach for levels. One of them referred to the last three levels as "becoming a man." I like that. I hope that Brandon (and eventually Sam) will learn not only life skills and survival skills, but how to be a modern-day knight. Chivalry, honor, loyalty, duty, compassion: these are some of the values I want my sons to embody as they become men. I'm thankful for programs like Boy Scouts that help me to instill those values into them.

We don't have a lot planned for the holidays. We're just trying to keep the chaos contained so Dad can get some work done. With four kids in the house, that's a tall order! Tomorrow afternoon I'll drag them all to Mineola Eyecare to get Sarah's glasses during their open house so they can visit Santa and get out of the house for a bit. The doctor said she could really do without glasses, but Sarah's been fussing so much he said she could go ahead and have the mild prescription she needs for the classroom and watching television. I think she wants glasses because she's been feeling left out between Brandon and Bethany both having glasses. Yippee - three pairs of glasses to keep up with!

Such an exciting life I lead, isn't it? No matter how boring or exciting or hard you think your life may be, try to be thankful, because it is very likely that someone else is living a life even more so. Me? Tonight I'm enjoying the warm little wiggle worm next to me and the picture of that cute little reindeer up there. That's Bethy enjoying her class Christmas party. What's your reindeer for today?